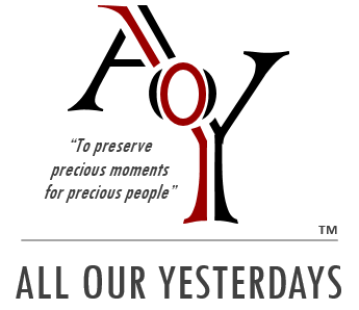 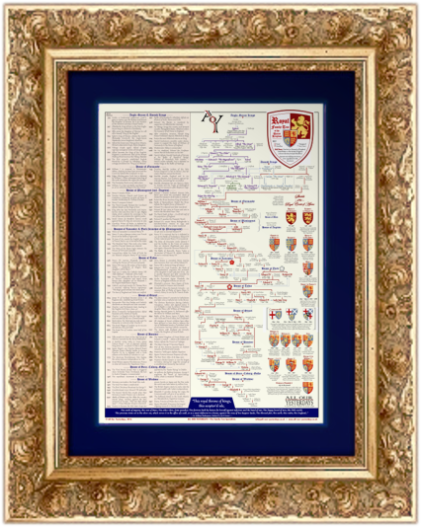 A spectacular addition to your home

Trace the Family Tree of our Royal Family back to the sixth century in this remarkable piece of history, which incorporates the reign of each and every Monarch of England, Great Britain and the United Kingdom.

Follow the royal bloodlines and track through the ages with our easy-to-follow Accession lines.

Unique to this ALL OUR YESTERDAYS™ work is a fifteen hundred-year history of the country, beginning with King Cerdic of Wessex, who is the distant ancestor of Her Majesty the Queen. We include every key moment in British royal history, from the battles of the Anglo-Saxon kings against the Vikings, through the Norman Conquest, the many civil wars and struggles for the Crown throughout the ages, finally culminating in the very newest addition to the ROYAL FAMILY TREE … the future King George VII.

See also how the Royal Coat of Arms has evolved throughout the lifespan of heraldry itself, as we present each version of the monarch’s Shield from the twelfth century to the present.

To complete the heritage of our land, we include Shakespeare’s most celebrated lament for England and its kings.

The ROYAL FAMILY TREE produced by ALL OUR YESTERDAYS™ is a magnificent and elegant record of the world’s greatest royal family. It is unique in combining royal genealogy, heraldry, historical facts and English literature.

We know that you will be as proud to own this mighty celebration of our country, as we are to present it to you.

All Our Yesterdays | Lifeline Legal | May Queen Publishing | Arts Unique